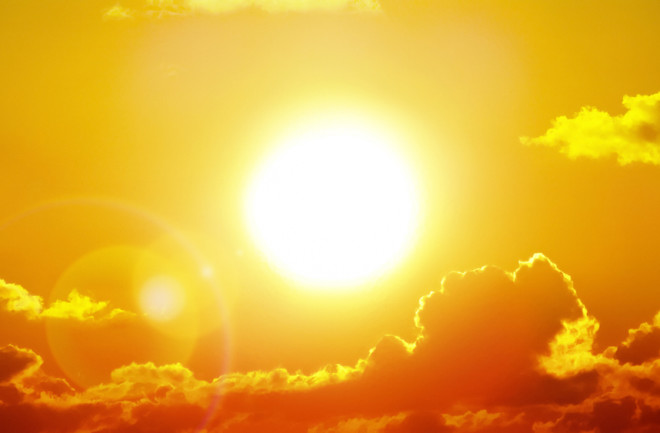 Imagine the Sun was orbiting a black hole, perhaps spiraling into it. The idea that an ordinary star like our Sun could fall into such a trap It sounds like the plot from a science fiction movie. Indeed, of the 20 or so black holes known to astronomers none threaten a sun-like star.

Instead, they tend to be tightly bound to their companion stars while stripping them of matter, which glows brightly as it accelerates towards its gravitational fate.

That is why these black holes are bright sources of x-rays. This brightness is also how astronomers have spotted them so easily.

But astronomers have long thought there could be a more insidious population of black hole binary systems that are not glowing brightly and so remain hidden. If so, then the latest generation of orbiting observatories might be able to spot them.

Now Kareem El-Badry at the Harvard & Smithsonian Center for Astrophysics in Cambridge and others say they have discovered just such an example in the data gathered by the Gaia space observatory. This black hole system, called Gaia BH1, is the closest ever observed to Earth and is made up of a Sun-like star just like our own orbiting a tiny, massive object, which El-Badry and co say is black hole.

The observation suggests that black hole systems involving seemingly ordinary stars are likely to be much more common than originally thought.

The Gaia spacecraft is currently measuring the position and distance of one billion astronomical objects. In this way, it is assembling the most detailed 3D map of the galaxy ever made.

As the observatory moves around the Sun, it measures the change in position of nearby stars against the more distant background of stars. This parallax method then reveals the distance of the nearer stars.

But from time to time, Gaia comes across objects moving in different ways, usually because they are orbiting another object. Earlier this year, El-Badry and co found just such an example in the latest dataset from the spacecraft.

The object in question is an ordinary star about the same size, mass and temperature as our Sun, which sits some 1500 light years from here in the constellation of Ophiuchus (depicting a man grasping a snake). The one strange thing about this star is its cartwheeling motion, a clear indication that it must be orbiting an unseen companion.

El-Badry and co set out to characterize the nature of this companion. Using a detailed series of further observations from the ground, the team say the companion is not visible at any wavelengths even though its Sun-like companion orbits it every 186 days. Given this motion, the companion must have a mass about ten times that of the Sun.

That is too big to be a neutron star. And if the object were an ordinary star, it would be five hundred times more luminous than its companion. The fact that it is dark leaves only one conclusion. “We find no plausible astrophysical scenario that can explain the orbit and does not involve a black hole,” they say.

Indeed, El-Badry and co calculate that a black hole of this mass is likely to have a radius of just 28 kilometers.

That is an interesting discovery that is set to rewrite our understanding of black holes and their ubiquity. Until now, the nearest black hole to Earth was 3300 light years away. Gaia BH1 is less than a third of that distance.

Its existence so nearby suggests that systems of this kind must be common. “Its discovery suggests the existence of a sizable population of dormant black holes in binaries,” say El-Badry and co.

But Gaia BH1 is also something of a puzzle. El-Badry and co are still scratching their heads over how it comes to exist at all. The problem is that black holes form in the huge supernova explosion that occurs at the end of a star’s life.

El-Badry and co say this black hole’s progenitor must have been a supergiant star with a radius much larger than the current separation in this binary system. But a Sun-like star could not have survived in these circumstances during and after a supernova.

So the Gaia BH1 binary system must have formed in another way, although exactly how is not yet clear.

What astronomers need to better understand this system is other examples. And they may not have to wait long to find them. El-Badry and co say: “Future Gaia releases will likely facilitate the discovery of dozens more.”

What Happens To Us If Earth Falls Into A Black Hole?