Our population has just reached 8 billion people, but we are not the first ones to worry about overpopulation. 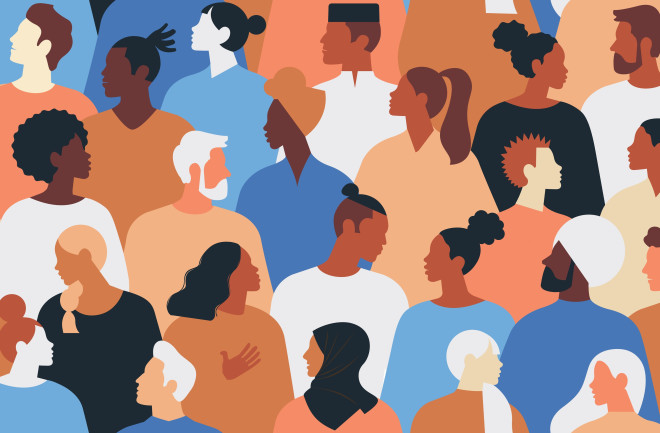 In November 2022, the United Nations announced that for the first time the world’s population had reached 8 billion people. The milestone, says the organization, is both a unique opportunity to celebrate our diversity and to understand our shared responsibly in taking care of the planet. It matters more than ever because while the number of humans is growing, the world’s resources are shrinking because of climate change.

But overpopulation isn’t a new problem — it’s been around long before the number of people living on Earth broke a billion.

Boom and Then Bust

In the ancient Epic of Atrahasis, written in 1700 B.C., the gods were tired of an overpopulated planet and began eliminating humans through a series of plagues and then a great flood. The epic highlights the fears surrounding overpopulation even when our numbers likely hovered around a few million.

Some 2,000 years later, there was concern for overpopulation again, but this time it’s backed by archeological evidence in the southwestern U.S. A 2014 study published in The Proceedings of the National Academy of Sciences (PNAS) describes a society that couldn’t support an inflated population, especially as the climate shifted. The study looks at the ancient Pueblo population between A.D. 500 to 1300 when the birthrate ballooned for years due to a transition from hunter gathering to agriculture, as well as favorable farming conditions. But then around A.D. 1200, the society imploded on itself.

“They bumped up against limits in their environment which caused the birthrate to slow and the death rate to tick up,” says Tim Kohler, study author and professor of anthropology at Washington State University. Water was already scarce and then a 40-year drought made agriculture that much more difficult. It was a time of violence and strife between the haves (those living on successful farmland) and the have-nots (those who could no longer feed their families).

Kohler says that what happened to the ancient Puebloans could provide a stark warning. The world has witnessed incredible feats in our ability to produce food starting in the 1950s with the Green Revolution, when industrial farming took over traditional methods to support a massive population boom. But, says Kohler, now we’re up against climatic shifts that could negatively impact global food production.

“It’s not hard to see the parallels between then and now,” he says.

In 1806, 600 years later, Thomas Malthus wrote An Essay on the Principle of Population, which argued that our hopes for human happiness were in vain because of an imminent population boom. Overpopulation, he argued, would result in famine and war. “Famine, the last and most dreadful mode by which nature represses a redundant population,” he wrote.

A population boom in the 1960s stoked fears once again. According to David Lam, a professor and researcher in the Population Studies Center at the University of Michigan, in the 1960s the infant mortality rate plummeted while the birthrate reached all-time highs. All of this resulted in a whopping 2 percent growth rate.

But Lam argues that fears around population growth have been largely overblown — then and now. Each time in human history that we’ve seen a boom, technology has supported growth in food production, he says. Additionally, the birthrate across much of the world has fallen in recent decades, apart from Africa.

Still, both Kohler and Lam agree that climate change puts us in murky waters. It adds an unknown variable in a world where the population will likely peak at 11 billion in the coming century. And we know from the ancients that when the water and fields dry up, so too does the population.